Many sounds cause discomfort. Fingernails on a chalkboard, barking dogs, politicians yammering on and on – all are common sources of irritation for people in Kennett Square.

But for some individuals, ordinary sounds can send them into fits of rage. These folks suffer from a little-known hearing disorder called misophonia. 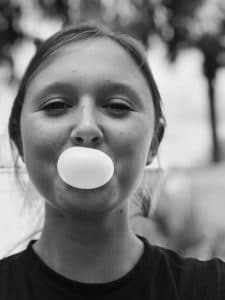 People with misophonia in Kennett Square experience strong emotional and physiological reactions such as fear, rage and panic when exposed to certain sounds.

Their condition is so exaggerated they often develop a hatred for these sounds.

Even small, repetitive motions such as fidgeting or wriggling a foot can be enough to set some people off.

Doctors don’t yet have a good idea of what causes misophonia, but suspect it is a survival mechanism employed by the brain in response to what it perceives to be a threat.

This is similar to what occurs in the immune system of people who suffer from allergies.

For years, misophonia was misunderstood. Patients were often diagnosed with mood disorders, especially when their symptoms were accompanied by anxiety or depression.

Compounding the problem?
The National Institutes of Health lists misophonia as a chronic disorder on their rare diseases’ website but the American Psychiatric Institute doesn’t recognize it as an official mental disorder in its Diagnostic and Statistical Manual of Mental Disorders (DSM-5), making diagnosis and treatment tricky and expensive as many health insurers won’t reimburse costs associated with it.

A recent small-scale study conducted by the University of Iowa offers some insight into the mechanisms responsible for misophonia. Researchers examined 20 adults with the disorder and a control group of 22 without.

Each group was asked to rate the unpleasantness of different sounds that were categorized as neutral (footsteps, chirping birds), negative (nails on a chalkboard) and unique to misophonia sufferers (chewing, breathing).

Their results, published in Current Biology in 2017, showed that brain activity differed in response to certain sounds in those individuals with misophonia.

Participants responded to the neutral and negative sounds the same, but those with misophonia described the eating and breathing sounds as “highly disturbing” while those in the control group were not bothered.

The study’s small sample size and reliance on self-reporting mean results should be taken with a grain of salt; until additional studies are completed, researchers can’t definitively conclude what causes misophonia or how it affects the body – but it’s a start.

If you are experiencing symptoms of misophonia in Kennett Square, schedule an appointment with a hearing specialist for more treatment solutions.

Many patients find a combination approach involving sound therapy, breathing exercises and counseling to be helpful.