It is a common perception for many in Exton that memory decline is an inevitable part of the aging process. While it is true that the brain shrinks a little bit as we grow older, other factors tend to contribute more to memory loss and overall cognitive decline. One of those is hearing loss. 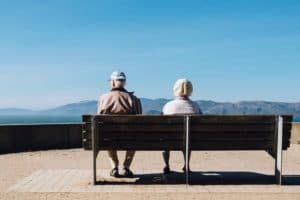 The correlation between hearing loss and memory impairment is well-documented. Multiple studies have shown a link between the two; one of the best-known studies, led by a team of researchers from Johns-Hopkins University and published in JAMA Internal Medicine in 2013, tracked 2,000 older adults over a period of six years. Participants who began the study with the worst hearing loss – defined as an impairment so bad it interfered with daily conversational ability – were 24 percent more likely to see a decline in cognitive ability compared to individuals with normal hearing. For these individuals, memory impairment was often one of the first signs of cognitive decline. The results of this study were considered especially conclusive because the group included many individuals with normal memory function at the outset, and standardized hearing testing and methods were used throughout the course of the study.

Why the connection between hearing and memory loss? The answer might not be definitive, but researchers believe the reason lies in the fact that you don’t just hear with your ears; your brain plays a big role in the hearing process, too. When you have trouble hearing, your brain diverts cognitive resources away from other important areas, such as memory and cognition, in order to decipher what others are saying. The more severe your hearing impairment, the more resources your brain must “borrow” from these other tasks. If left untreated, symptoms worsen over time.

Additionally, many patients with hearing loss in Exton retreat from social activities, choosing instead to keep to themselves in order to avoid the stress, embarrassment and fatigue trying to follow along with conversations causes. When your brain doesn’t have to work as hard, reduced stimulation can cause it to shrink. Withdrawal and social isolation cause changes in the brain that impair memory function and are well-known risk factors for dementia and cognitive decline.

The good news in all of this? People who treat their hearing loss with hearing aids tend to score much higher on memory and cognition tests. Research has shown that these individuals have a reduced risk of dementia in the long term.

If you are experiencing bouts of forgetfulness and concerned that memory loss might be an issue, it’s probably a good idea to schedule an appointment with a Exton audiologist today to have your hearing checked. Remember, early intervention is key!