As loathsome as these bloodsuckers may be, in a roundabout way they might help those with hearing loss in West Chester. 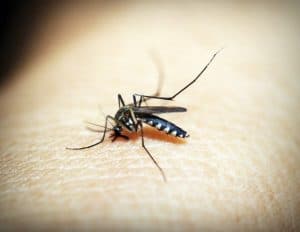 It seems unlikely that the world’s most despised pest – one that easily ranks as the deadliest creature on earth, responsible for around 750,000 human deaths every year – might actually prove beneficial in some way.

But the lowly mosquito, it turns out, could play a role in helping people with hearing loss.

A research team from Case Western Reserve University School of Medicine has discovered that artemisinin, an antimalarial drug, has been found to prevent certain types of hereditary hearing loss in zebrafish.

The study, published in a May 28 PNAS article, showed that the drug helps tiny hair cells in the inner ear that are responsible for converting sound into electrical signals that are sent to the brain for interpretation, into hearing recognize and transmit an essential protein along established pathways to the outer membranes of sensory cells – a key step in the hearing process, one that cannot be completed in certain types of hereditary hearing loss due to mutations in the clarin1 protein.

These mutations prevent the hair cells from recognizing the signals and transmitting them along the appropriate pathways, trapping the proteins and rendering them ineffective.

Individuals with Usher syndrome, a common genetic disorder that can cause hearing and vision loss, are often affected.

The study team believes these results indicate that at least a portion of the mutant protein was able to reach the cell membranes of the inner ear.

Zebrafish were chosen because their transparent larvae make it easy to monitor inner ear cell shape and function, and their genes are remarkably similar to humans.

The fish received either normal versions of clarin1 or mutant versions of the protein identical to the type that causes hearing loss in patients with Usher syndrome.

Researchers were then able to study the effects of both types of protein and learned that mutated versions of the gene tended to become trapped in the tubules of the cell, preventing them from reaching their destination.

Theorizing that freeing the mutant protein from this network of tubules could resolve the problem, the researchers tested two drugs targeting it: an anticancer drug called thapsigargin and the antimalarial drug artemisinin.

Both proved effective in freeing the trapped proteins, allowing them to reach the necessary membranes and helping to restore hearing, with artemisinin providing the best benefit.

The group is hopeful this mechanism will help scientists learn more about the processes involved in human hearing loss and eventually lead to the creation of drug that could be used to treat patients with Usher syndrome.

Your West Chester ENT specialist is happy to answer any questions you might have regarding hearing loss and available treatment solutions.