The most common factors associated with hearing loss in Sellersville are aging, noise exposure, diseases and ototoxic medications – drugs that have an adverse effect on the ears. Over 200 medications have been identified as ototoxic; this includes a number of antibiotics. Researchers have recently learned why certain antibiotics are damaging to the ears.

The Problems with Certain Antibiotics 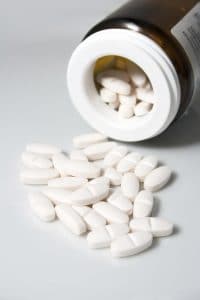 Peter Steyger led a team of researchers from Creighton University in Nebraska to examine the link between certain antibiotics and hearing loss. Along with chemotherapy drugs, loop diuretics and nonsteroidal anti-inflammatory drugs (NSAIDs), aminoglycoside antibiotics such as gentamicin are one of the most ototoxic groups of drugs regularly prescribed. Their use can lead to temporary or permanent hearing loss and tinnitus.

Aminoglycosides are classified as broad-spectrum antibiotics because they work on a wide range of bacteria. They are useful when the group of bacteria responsible for an infection is unknown. Narrow-spectrum antibiotics, by contrast, target very specific strains of bacteria. Gentamicin and other aminoglycosides are frequently used in neonatal intensive care units, when infections can prove fatal before lab results determining the bacteria that is to blame come back, but there is an inherent danger in their use: infants who receive these antibiotics are six times more likely to develop a hearing impairment compared to babies with healthy hearing. Up until now, doctors haven’t understood the reason for this connection, but Steyger’s study offers some important new clues.

In order to understand the link between antibiotics and hearing loss, Steyger and his colleagues turned to a group of test subjects that have been at the forefront of a number of breakthroughs in the field of medicine: mice. After the rodents were administered gentamicin, researchers found that inflammation associated with infection caused the ion channels in the sensory hair cells of the inner ear to become more absorbent to the antibiotics, allowing more of the drug to permeate the cochlea and increasing sensitivity to its toxic effects.

One protein in particular – TRPV1 – was found to have an effect on ion channels and helped gentamicin enter the sensory cells, even when inflammation was occurring. Mice that were bred without the TRPV1 protein were protected against hearing loss despite the presence of body-wide inflammation.

Steyger’s findings provide evidence that doctors should opt for narrow-spectrum antibiotics whenever possible to decrease the risk of hearing loss in patients with body-wide infections. However, in some cases aminoglycosides are the only option. Health care providers should monitor these patients carefully for signs of hearing loss; solutions such as auditory rehabilitation can improve their chances of long-term recovery. “This is especially important in children learning to listen and speak,” Steyger says, “where delay in identifying hearing loss has lifelong consequences including delayed acquisition of spoken language, less academic success and reduced income.”

In addition, he is pushing for new techniques that would enable quicker identification of bacteria that are responsible for infection, decreasing the reliance on broad-spectrum antibiotics.

Your audiologist in Sellersville can provide more information on protecting against hearing loss.