Sneezing is something everybody in Exton does, but few give it much thought (unless they’re reaching for a Kleenex). The human body is remarkably efficient, and with the possible exception of the appendix, everything has a purpose. There’s a reason you sneeze. Well, many reasons, actually!

The Process of Sneezing 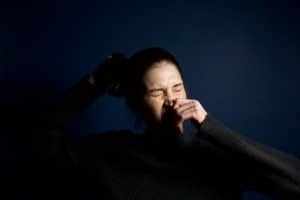 Sneezing—the medical term is sternulation, for you trivia buffs—is an involuntary reflex a way for the body to get rid of dirt and bacteria that are irritating the nose and throat. Mucus in the nasal passages usually traps irritants, which are then digested by the stomach and neutralized. But sometimes, debris enters the nose and irritates the mucus membranes lining the nasal passages and throat. This results in a sudden expulsion of air that often comes without warning.

The most common sneezing triggers are allergies and viral infections. Allergies are an immune system response to an organism the body perceives to be harmful. Pollen, dust mites, pet dander and mold are substances that cause the most allergic reactions. Sneezing is the body’s way of getting rid of these allergens.

There are more than 200 viruses that can cause an upper respiratory infection; most of them result in the common cold or flu. Sneezing is a common symptom of a viral infection and another way to rid the body of germs and bacteria. Sneezing may be inconvenient and is sometimes embarrassing, but it’s an important function in keeping your body healthy!

Other things that can make you sneeze include:

How to Reduce Your Odds of Sneezing

There’s no way to eliminate sneezing from your life. It’s a fact of life and every bit as natural as breathing and sleeping. There are steps you can take to make your surrounding environment less conducive to causing a sneeze, however.

When you’re sick or suffering from allergies, over-the-counter or prescription drugs can help alleviate symptoms such as sneezing. You might also try nasal sprays. Get lots of rest and stay hydrated in order to encourage faster healing. Your doctor might prescribe immunotherapy (allergy shots or oral drops) if medications don’t help.

Contact a Exton ear, nose and throat doctor for more information on sneezing.