Reaching for a cotton swab to clean the ears is a regular morning routine for many Lansdale residents. This seemingly harmless practice, it turns out, can do more harm than good.

A Cautionary Tale from England 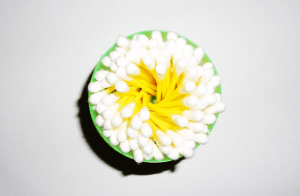 If you’re under the impression that cotton swabs and Q-tips are a safe and effective way of cleaning your ears, you’re hardly alone. Many people don’t give a second thought to using them for removing earwax, but they are actually only intended for use around the outermost portion of our ears – a fact often overlooked in the fine print. Respected institutions such as the American Academy of Otolaryngology — Head and Neck Surgery warn against using cotton swabs to clean your ears, and a report out of England demonstrates the very real dangers they can cause.

A recent article in BMJ Case Reports tells the story of an unidentified 31-year-old man from Coventry, England, who got more than he bargained for after using cotton swabs to clean his ears. The man had experienced occasional pain and difficulty hearing in his left ear for several years; when the pain worsened and was accompanied by headaches, nausea and vomiting, he went to see his doctor, who prescribed antibiotics for what he believed was a severe ear infection.

A few days later, the man collapsed after suffering from seizures. He was rushed to the hospital, where scans showed abscesses between the surface of his brain and the protective membrane surrounding it. Further scrutiny revealed an impacted cotton swab lodged deeply in his left ear canal; it had been there for a number of years and had led to necrotizing otitis externa, a serious infection that spread from the soft tissues in his ear canal to the surrounding bone.

Surgeons removed the cotton swab and the man made a full recovery, but the incident is a dramatic example of the dangers cotton swabs pose. Earwax is a naturally-occurring substance that protects the ears from potentially harmful microorganisms and prevents harm from water and physical trauma. Removing it is unnecessary unless it becomes too impacted, in which case, a doctor can take care of the problem safely. When you insert a cotton swab or any other object into your ear, you simply push the wax deeper into your canal, and might end up with a perforated eardrum – or worse, as our anonymous friend in England can attest.

For more tips on cleaning your ears safely and preventing harm, speak to your Lansdale audiologist.