Candles are great for setting the mood during a romantic dinner date or relaxing bath, but they’re not so great for treating medical conditions. Ear candling has become popular among homeopathic groups to treat impacted earwax or congestion, but research shows the practice is ineffective and even dangerous.

What Is Ear Candling? 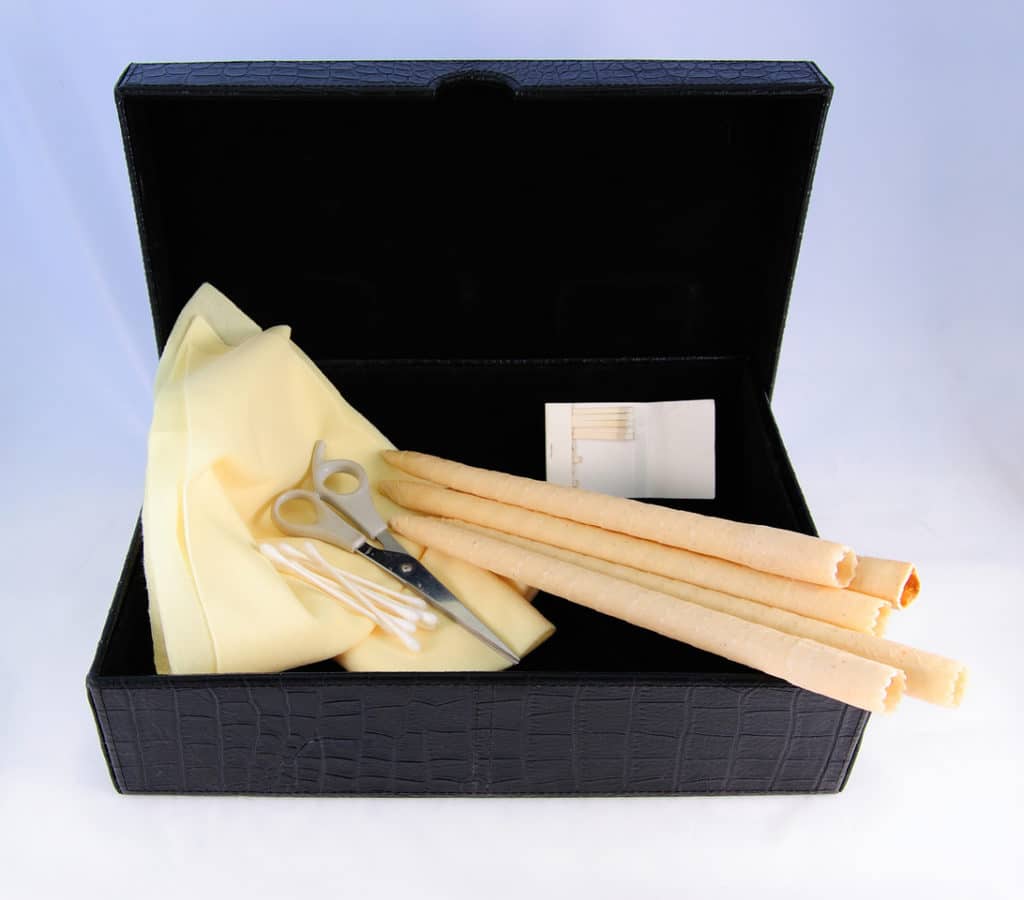 The origins of ear candling are unclear, but many attribute the practice to the Hopi Indians. Ear candling is performed by placing a 10-inch tapered hollow candle into a person’s ear and lighting it. In theory, the flame is supposed to create a suction effect to pull earwax from the ear.

This practice assumes that the passages in the head are interconnected and that candling can essentially clear your head of all wax and/or congestion. There have been claims that ear candling can treat conditions such as:

It is important to note that no scientific studies have found that ear candling provides any of these benefits.

There are many reasons it is a good idea to avoid practicing ear candling.

Injury to the Ear

The Food and Drug Administration (FDA) released a Consumer Health Update regarding the risks of ear candling. The report said that ear candles can cause serious injury even when following manufacturers’ instructions. Reported injuries include burns to the face, ear canal, eardrum and middle ear, injury caused by dripping wax, plugged ears caused by candle wax and even puncture of the eardrum.

According to Eric Mann, M.D., Ph.D., clinical deputy director of the FDA’s Division of Ophthalmic, Neurological and Ear, Nose and Throat Devices, “The FDA believes there is no valid scientific evidence for any medical benefit from their use.” Charles Beatty, M.D. of the Mayo Clinic further explains that research shows not only is ear candling ineffective at removing earwax, it can actually push earwax deeper in to the canal. Any debris found in the candle afterward is usually a mixture of burned wax and fabric, not impurities from the ear.

For more information about the dangers of ear candling, or to schedule an earwax removal appointment with a licensed audiologist, call Pinnacle ENT Associates today!