Symptoms of a Penicillin Allergy 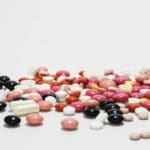 Symptoms of a penicillin allergy include rashes and hives; itchy/watery eyes; and swelling of the lips, tongue and face. A more serious reaction called anaphylaxis can sometimes occur. Though rare, anaphylaxis is a life-threatening condition and is considered a medical emergency. Within an hour of taking penicillin, anaphylactic symptoms set in; these include difficulty breathing, wheezing, dizziness, rapid or weak pulse, loss of consciousness, bluish skin, diarrhea, nausea, vomiting and hives. Shock, coma and death may result without prompt treatment consisting of an injection of epinephrine. Anaphylaxis and other severe reactions to penicillin are most likely in people with:

This all sounds pretty serious. But recent studies have shown that penicillin allergies are much less common than previously believed. In fact, 90 percent of people in Sellersville who believe they have a penicillin allergy actually do not.

Why You Might Not Be Allergic to Penicillin After All

False penicillin allergy listings are very high. The reasons are varied; one of the most common is due to a patient taking penicillin for a childhood illness and later developing a rash. Though the rash is most likely unrelated to the antibiotic, a penicillin allergy was nevertheless added to their health record. The risk of penicillin allergies decreases over time, as well – at a rate of roughly 10 percent per year. Erroneous penicillin listings create problems for many patients, who may need penicillin to treat a medical condition but are unable to receive it due to their listing. This leads to higher morbidity rates, longer hospital stays, less-effective antibiotic treatments and higher health care costs.

If you suspect a false penicillin listing, you can schedule an allergy test with your Sellersville allergy specialist. They will go over your allergy history and can run a penicillin skin test and challenge in order to safely confirm or rule out your listing. In this two-part test, a small amount of penicillin will be placed on the skin of your arm and you will be monitored for a reaction. If none occurs, you will then be administered a dose of penicillin and observed for an hour, after which time it will be determined whether you are actually allergic to penicillin. If not, the false listing will be removed from your health record, providing you with additional treatment options for any future medical concerns.