Ragweed is the most common weed allergen, affecting around 23 million Americans and 13.5 million Europeans. It may surprise you to learn that many people are finding relief from their symptoms thanks to a tiny leaf beetle.

How Can a Beetle Reduce Allergens? 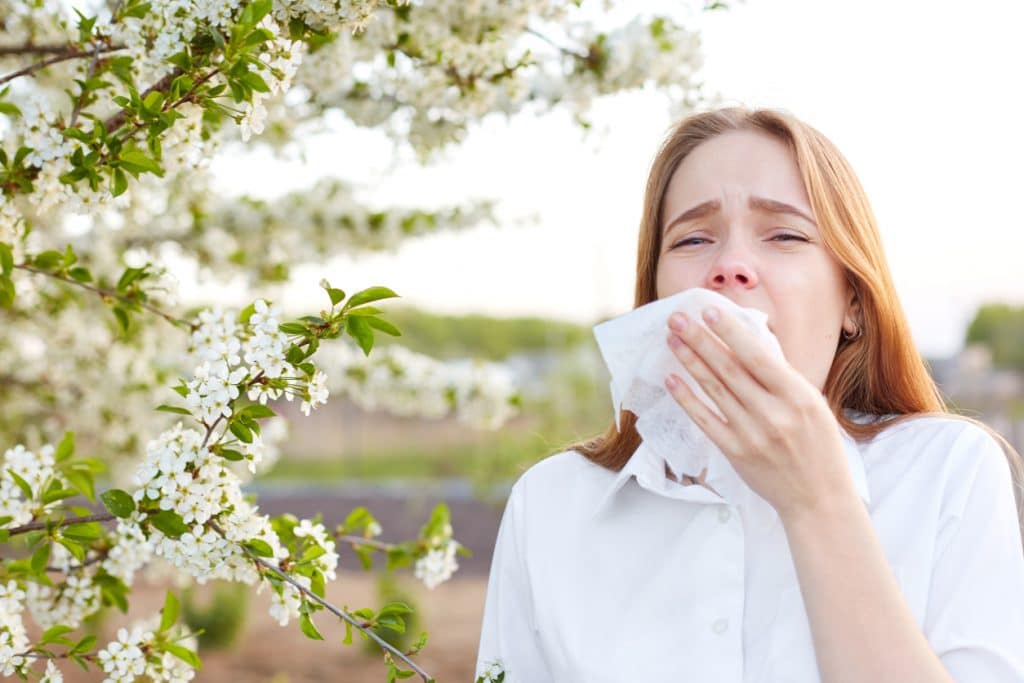 “A few beetles can defoliate a large Ambrosia plant in two to three days completely, then they regrow but are eaten up again. Ophraella is a feeding machine 24 hours a day,” explained Heinz Müller-Schärer, professor of biology at the University of Fribourg in Switzerland.

These beetles are native to North America and were introduced to Europe in 2013, first recorded in southern Switzerland and northern Italy. Researchers hypothesize they arrived on a plane that landed at the Milan International Airport.

A recent study estimates that the beetle can have potentially big impacts for allergy sufferers in Europe.

The study, published last month in Nature Communications, estimates that the beetle could reduce the number of ragweed allergy sufferers in Europe by 2.3 million people, saving an estimated 1.1 billion euros ($1.2 billion) a year in health care costs.

In northern Italy, the study found that most ragweed plants had been prevented from flowering thanks to the leaf beetle, reducing pollen production by 82 percent. It is conjectured that this impact is limited to the warmer parts of Europe, where beetles produce four generations annually, while cooler areas only allow the bug to produce one generation a year.

In North America, the beetle is unfortunately less effective at reducing pollen because it has more natural predators than its new home in Europe.

“It is more difficult to build up high enough insect densities to control a weed in the native range,” said Urs Schaffner, co-author of the research and head of the non-profit scientific research organization Ecosystems Management at CABI.

Researchers recommend that policy makers in “climatically suitable areas of Europe” assess the risks and benefits of deliberately distributing the leaf beetle to help reduce symptoms for ragweed allergy sufferers.

For more information about ragweed allergies or to schedule an appointment, call Pinnacle ENT Associates today.