There’s a common stereotype that hearing loss only affects older people, but statistics show otherwise. There are more people in Abington with hearing loss in their 30s and 40s—and even younger—than you might think. 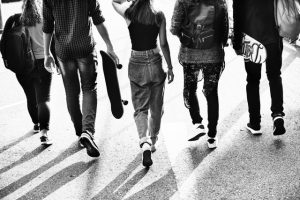 The number of people with hearing loss in the U.S. is around 48 million. Only about one-third are over the age of 65; as many as 20 percent of individuals in their 20s have some degree of hearing impairment.

For younger people in their 20s, 30s, and 40s, the culprit is usually noise. The medical term is noise-induced hearing loss; it occurs when loud sounds cause permanent damage to the hair cells of the cochlea. How loud is too loud? 85 decibels (dB) is considered the threshold for safe hearing. The louder the noise, the shorter exposure time you can have before damage occurs. At 85 dB—equivalent to the sound of traffic in Abington —hearing loss can occur after eight hours of exposure. But at 100 dB, about the sound of a noisy sports stadium, it only takes 15 minutes before you are in danger of causing permanent harm to your ears.

Many people have trouble identifying hearing loss in its early stages. Damage usually occurs so gradually, you might not even notice it. The brain does a remarkable job of “filling in the blanks” by diverting resources used for other cognitive functions toward hearing. Just because you aren’t aware of the problem doesn’t mean it’s not there. Two signs of hearing loss to look for in your 30s and 40s are:

If you are experiencing either of these symptoms, you should make an appointment with an audiologist in Abington for a hearing evaluation. Early detection is important; catching the problem early and taking steps to treat it ASAP can prevent further damage, and also protects you from the associated physical, social and psychological problems associated with impaired hearing—a list that includes anxiety, loneliness, depression, memory loss, dementia and an increased risk of diabetes, kidney disease and falls.

Your Abington audiologist recommends getting a baseline hearing test sometime in your 20s, even if you aren’t experiencing any symptoms. Follow that up with regular hearing tests every five years to see if there are any changes. Certain patterns can indicate damage from excess noise; these will allow you to be more proactive in preventing additional hearing loss. Key strategies for protecting your hearing include: