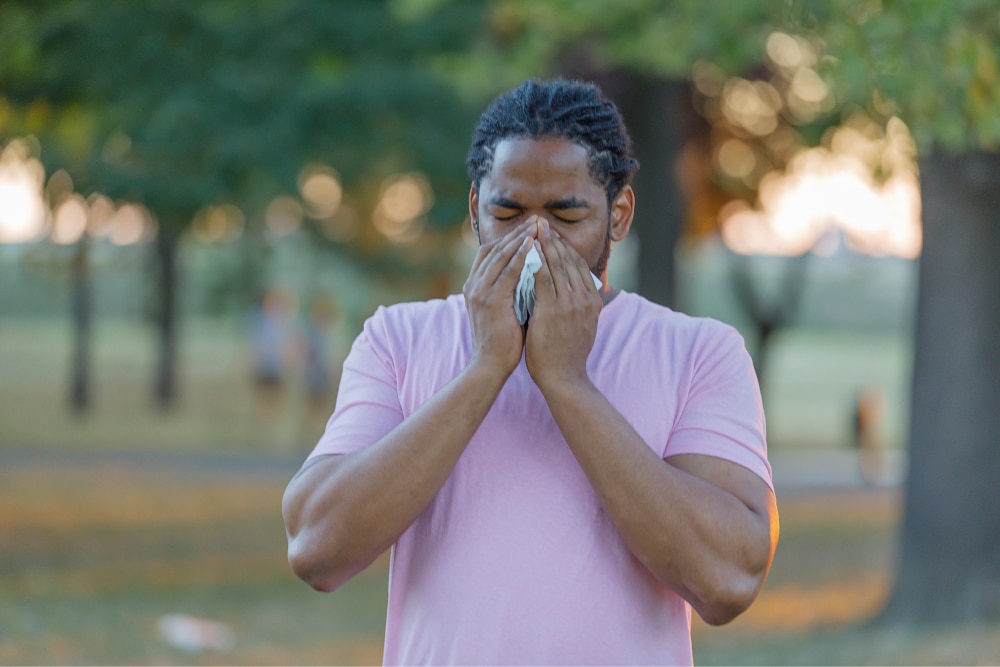 Each year, does it seem like your eyes are getting itchier, your nose is getting runnier and your sinuses are getting stuffier? If so, you’re not just imagining things. Recent research has found that pollen season is growing longer and more severe, thanks to climate change.

Climate change creates warmer temperatures and increased amounts of CO2 in the air, providing plants with longer growing seasons. That affects their flowering time and enables them to create more pollen for a longer amount of time, impacting people with seasonal allergies.

Evidence backs up the link between climate change and longer pollen seasons. From 1990 to 2018, researchers across the country gathered data from 60 North American stations. In addition, the researchers used earth system model simulations to quantify the human impact on the climate.

The study found that over the past three decades, pollen seasons have increased an average of 20 days, and pollen concentrations, or the amount of pollen in the air, have increased by 21%. They attribute these changes to human-caused climate change.

What This Means for You

According to the study’s authors, people with allergies and asthma who are triggered by pollen have been and will continue to be highly impacted by these changes to pollen season driven by climate change.

The authors also note that there has been a significant increase in allergen sensitization across all age groups in the U.S. More pollen sensitization during childhood means there will later be an increased number of adolescents and adults with allergic asthma.

In addition, the Asthma and Allergy Foundation of America’s 2022 Allergy Capitals Report notes that allergy sufferers who live in urban areas are especially at risk. That’s because warmer temperatures and heat waves caused by climate change create an urban heat island (UHI) in these areas, resulting in increased air pollution and allergic sensitivity.

If you have pollen allergies, climate change and the resulting longer growing seasons make it even more important to develop a treatment plan. Our allergy team is here to help! Request an appointment today.