Ask any pediatrician which type of after hours call they handle most frequently, and the answer is likely to be otitis media, the medical term for a middle ear infection. Aside from the common cold, ear infections are the most commonly diagnosed childhood illness, affecting three out of four children by the time they reach the age of three. 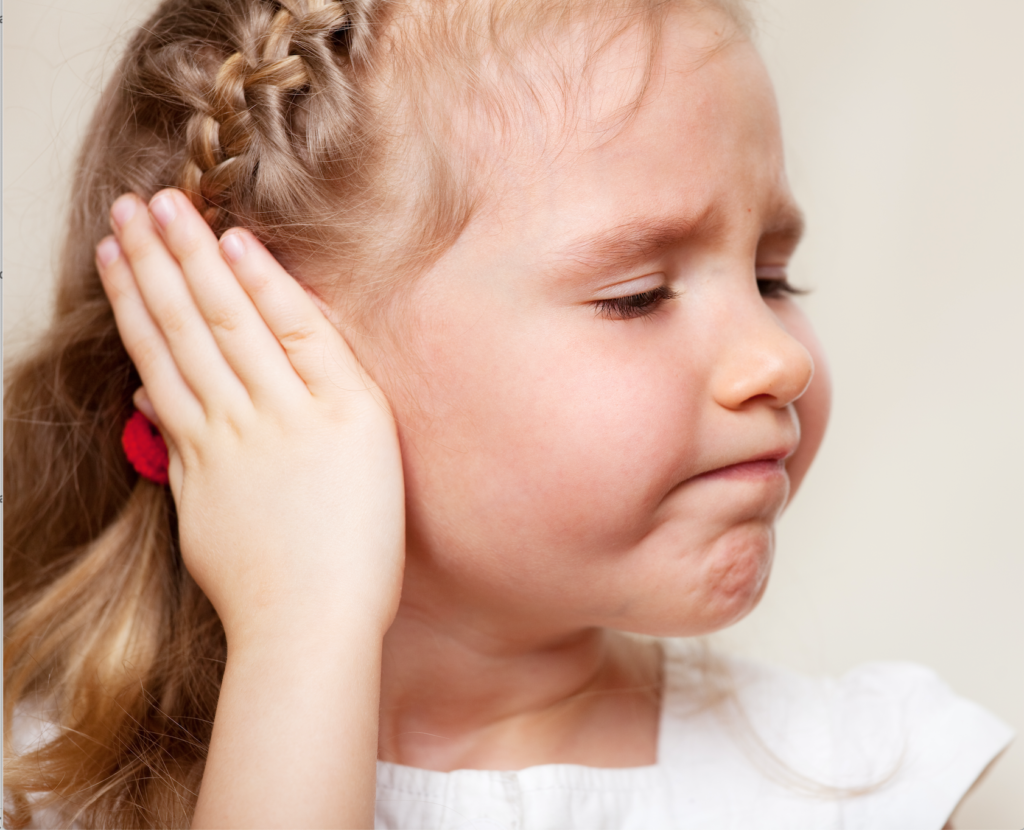 Ear infections occur when fluid fills the space between the eardrum and inner ear. Children are especially vulnerable because the Eustachian tube, responsible for draining fluid and equalizing pressure, is less developed in young children, and is prone to blockages and swelling when mucus and other fluids back up in the middle ear. This puts pressure on the eardrum and leads to a painful infection.

An increase in irritability is often the first sign of an ear infection. Your child may cry inconsolably and pull on the affected ear. Symptoms include a painful earache that worsens when lying down, fluid discharge, difficulty hearing, trouble sleeping, headache, fever, dizziness, vomiting, diarrhea, and lack of appetite. If your child displays these symptoms, a warm washcloth pressed against the ear will often bring soothing relief. Over the counter medications such as acetaminophen and ibuprofen may be given to manage pain, but avoid aspirin.

An ear infection is usually diagnosed after an examination of the ears using an otoscope. If they are dull, red, and contain fluid or pus, the ear is probably infected.

The most common treatment for pediatric otitis media is antibiotics, which kill off the bacteria responsible for the child’s symptoms. Chronic infections require a more serious long-term solution. Many ENT specialists recommend ear tubes for children who experience frequent ear infections. Inserted into the eardrum surgically, these tubes promote drainage of fluids and prevent infections from occurring. Most are removed in a year or two, and may fall out naturally.

“Research has confirmed that the tubes can prevent infections and maintain a healthy middle ear environment,” says Dr. Gordon Hughes, an ENT specialist at the National Institutes of Health.

Home prevention can keep your child healthy and avert trips to the doctor’s office. Simple actions such as teaching your child proper hand washing techniques and keeping current on vaccinations will help reduce the risk of ear infection. In addition, keep your child away from tobacco smoke; breastfeed when possible; and stick to smaller daycare centers, where fewer children mean fewer germs.