B12 is an important vitamin that plays a key role in keeping your body healthy. Researchers from Era’s Lucknow Medical College were interested to see if the benefits from this vitamin extended to the ear, specifically if it could help those suffering from tinnitus. Their results were published in Noise & Health, an international journal. 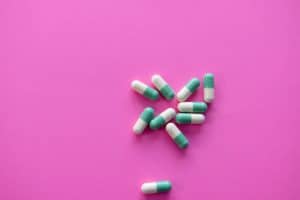 B12 is not naturally produced by your body but instead is found in many animal products such as fish, meat, poultry, eggs and milk. There are a number of health benefits of B12, including:

The double-blind, placebo-controlled pilot study followed 40 participants for six weeks. Participants were between the ages of 18 and 60 who were diagnosed with chronic subjective tinnitus. This means participants had frequent episodes of severe tinnitus lasting more than six months.

The participants were randomly assigned to two groups. Group A received intramuscular therapy of 1 ml vitamin B12 (2500 mcg) weekly for the duration of the study. Group B received a placebo injection of 1 ml of saline.

Before treatment started, participants had their B12 levels measured, completed a pure tone hearing test and filled out a self-report tinnitus severity index questionnaire. These tests were completed again one month following their six-week treatment period.

The researchers determined that there was a significantly high prevalence of B12 deficient individuals enrolled in this study; in Group A, 50% of the participants were revealed to have decreased levels of B12, and in Group B the rate was 35%.

Even though this was a small study, the results are encouraging that B12 therapy may help reduce tinnitus symptoms for those who are vitamin deficient.

To learn more about the currently available tinnitus treatments or to schedule an appointment with a hearing professional, contact Pinnacle ENT Associates today.