Many people who experience itchy, watery eyes, congestion, runny nose and sneezing after visiting Doggie Style Pets may feel like there’s no way to find relief from their symptoms. Over-the-counter allergy medications aren’t effective for everybody; for those who need long-term relief, immunotherapy is the best option. 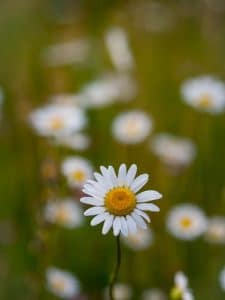 Your immune system works to protect your body from diseases, viruses and infections. But for the more than 50 million Americans with allergies, their immune system mistakes harmless substances such as pollen, pet dander, dust mites, certain foods, mold and insect stings as dangerous intruders and overreacts.

During this reaction, your immune system releases antibodies called Immunoglobulin E (IgE), which causes your cells to release histamine. Histamine increases your mucus production and cause swelling and itching; this is what causes your allergy symptoms.

Immunotherapy works a lot like a vaccine: Each dose contains an allergen extract that triggers a mild immune response. Over time, your body eventually builds a tolerance to the substance.

Immunotherapy can be administered in shot, drop or tablet form.

What to Expect from Immunotherapy

Many patients report that their symptoms begin to improve six months to a year after starting immunotherapy, and gradually experience fewer and more mild symptoms over time.

Risks of immunotherapy are low. Complications usually involve local reactions, including redness and swelling at the injection site or itchiness in the mouth in the case of drops tablets. Anaphylaxis is rare, but your medical team will be there to intervene in case of a serious reaction.

For more information or to schedule an appointment, call Pinnacle ENT Associates today.