The Seattle Seahawks made the news in 2013 – not just for their stellar play on the field. They laid claim to a more dubious distinction that year by setting a new Guinness World Record for crowd noise.

Not once, but twice. 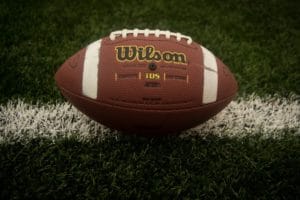 On September 15, during a home game against the rival San Francisco 49ers, the Seahawks fans reached a decibel level of 131.9, breaking the previous record of 131.7 decibels, set by fans at a soccer match in Istanbul, Turkey in 2011.

Four weeks later, the Kansas City Chiefs organized a “scream-a-thon” and topped the Seahawks’ record at 137.5 decibels. Because of the competitive nature of professional sports, the Seahawks responded with a new record of their own, 137.6 decibels, on December 1, reclaiming the title they had held for a month. “Fans know they are going to a football game and not searching for a book at the library,” says NFL spokesman Brian McCarthy. But is this wise?

Anything over 85 decibels is considered hazardous to your hearing.

Alison Grimes, Director of Audiology at the Ronald Reagan UCLA Medical Center says, “If you’re literally talking about 130 decibels, nobody should ever be exposed to that…it’s physically painful as well as acoustically damaging.” Indeed, exposure to 130 decibels for more than a fraction of a second destroys the tiny hair cells in your ears. Damage is irreversible and may lead to tinnitus (ringing in the ears) or permanent hearing loss. Hyperacusis, intolerance to loud noise and ear pain are other possible side effects.

So, while fans may boast, “Be LOUD AND PROUD and blow my eardrums out!” as one Chiefs fan posted on Facebook, they really should keep in mind the long-term effects of crowd noise. The current record is louder than a jackhammer, and not far off from 150 decibels, at which point your eardrums really are at risk of rupturing.

At the very least, carry earplugs with you when attending such events. They can decrease sounds by 20 decibels or more, making a substantial difference.

Contact one of our convenient locations for more information or to schedule an appointment.