Experts have long advocated for 7-8 hours of sleep a night, but in today’s fast-paced world, hitting that benchmark often proves difficult. Paoli residents who fail to get consistent, quality sleep often pay the price when it comes to their physical and mental health.

Too Few Zzz’s Can Cause Problems 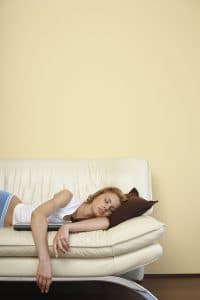 Busy work schedules and too many distractions have led to a rise in sleep disorders in Pennsylvania and across the U.S. Unfortunately, many people fail to recognize the warning signs – a list that includes waking up tired (and battling fatigue during the day), frequent trips to the bathroom overnight and needing a daily nap for an afternoon pick-me-up. And these are only the obvious signs; not getting enough sleep leads to a higher risk of serious health complications such as anxiety, depression, cardiovascular disease, hypertension, diabetes and stroke. In addition, you’ll have an increased risk of experiencing the following:

Symptoms such as these are rarely attributed to a lack of sleep; people in Paoli tend to attribute them to the stresses of everyday life instead or consider them an inevitable part of aging. Ignoring the problem can have deadly consequences: one British research study showed that individuals who reduced their nightly sleep from seven hours to five had almost double the risk of death from all causes; heart disease rates, in particular, were much higher.

Your Paoli ear, nose and throat specialist will diagnose a sleep disorder by ordering a sleep test. These are typically performed in a laboratory setting or, more commonly nowadays, at home. The results will help your doctor figure out the cause of your restless nights and come up with a treatment plan designed to help you sleep better.

If you’re not sleeping well, we urge you to contact your Paoli ENT for an appointment.