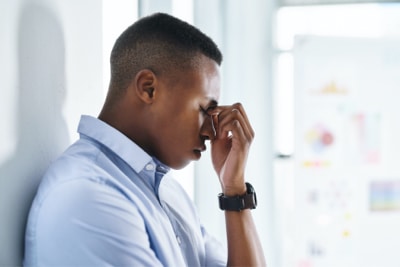 A new study shows that people with chronic sinusitis don’t just have to contend with a stuffy nose and headache; sinusitis can also cause trouble with focus and lead to depression and other symptoms that indicate the brain is affected as well. The study was published in JAMA Otolaryngology–Head & Neck Surgery in April 2021.

According to lead study author Dr. Aria Jafari, surgeon and assistant professor of otolaryngology–head and neck surgery at the University of Washington School of Medicine, “This is the first study that links chronic sinus inflammation with a neurobiological change.”

“Patients who have sinusitis often decide to seek medical care not because they have a runny nose and sinus pressure, but because the disease is affecting how they interact with the world: They can’t be productive, thinking is difficult, sleep is lousy. It broadly impacts their quality of life,” he continued.

The extent of these effects paralleled the severity of sinus symptoms.

Behavioral and cognitive tests showed no significant deficit for these patients. However, brain scans show that subjective symptoms like poor attention and trouble with sleep may be due to subtle changes in how the brain regions that control these functions communicate with one another.

Dr. Jafari reports that the next steps for his research team involve brain scans of patients with clinically diagnosed chronic sinusitis before and after treatment.

Patients presenting signs of sinusitis should be referred to see one of our ENT doctors for a thorough examination to help curb cognitive issues. Request an appointment today!