For people with hearing loss, an activity as simple as going to the movies can prove to be challenging, especially when the local theater doesn’t offer accommodations for patrons with disabilities.

It may surprise you, but movie theaters built before the Americans with Disabilities Act was passed in 1990 are exempt from providing accommodations like captioning devices, making people with hearing loss feel frustrated and excluded. However, many theaters, such as Guthrie Theatre in Grove City, know the value of accommodating all patrons. 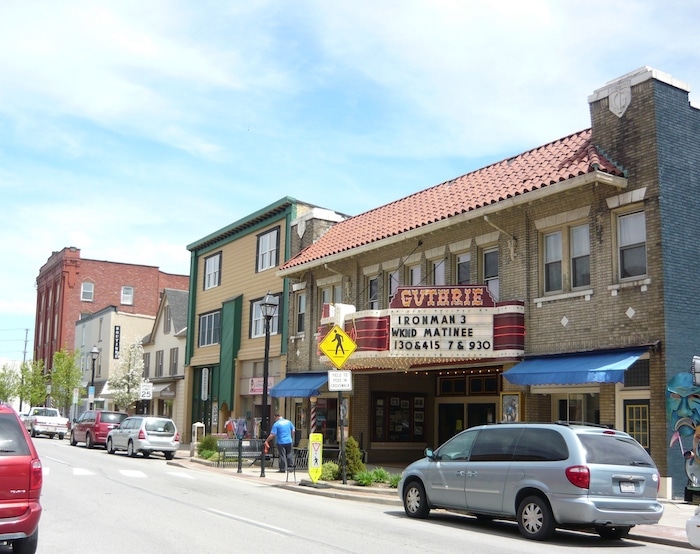 Guthrie Theatre originally opened in 1926 as a live theatre, but began running silent films and became a movie house in 1927. In April of 2019, it reopened after renovations, and with the help of community partners, now offers captioning devices for patrons with hearing loss, audio headsets for those with visual impairments and sensory-friendly showings of children’s movies.

How a Partnership Created Positive Change

These changes are thanks to a project headed by Guthrie Theatre and Connect Hearing, a Grove City audiology clinic. Kate Faunce, an audiologist at Connect Hearing and local theatergoer with hearing loss, initially approached the Guthrie with an idea to raise money to implement captioning devices. “I don’t want people to think they can’t do things because of their hearing loss,” she said in an interview.

The Guthrie’s CFO, Bill Grigsby, was quick to accept the offer, thinking of his mother, who also experiences hearing loss.

Working together, Faunce and Grigsby sent out donation letters to local businesses, and before long they collected $6,000 for the devices. The project was dedicated to a woman named Susan Lyle Minor, a friend of Faunce who had hearing loss and had wanted to donate to the project, but passed away in August.

Grove City locals now have a place to spend time with loved ones in an inclusive, accommodating environment. Guthrie Theatre has six pairs of captioning glasses and 12 headsets by QSC. The company also installed wiring and other equipment like an infrared transmitter in the theater. This technology is free to use; patrons who utilize the devices only need to leave a photo ID with the theater staff for the duration of the movie.

For an inclusive movie experience, visit Guthrie Theatre and ask about their accommodations. For information about other hearing solutions for day-to-day life, call Pinnacle ENT Associates today!